The prize was set up following the death of Voya Kondic in 1997. It was first awarded in 2002.

A prize of £1000 will be awarded each year to the recipient of a British Scholarship Trust grant who, in the opinion of the Trustees, has made the best use of his or her study visit. The Trustees invite grantees to apply for the prize, on the basis of the report on their visit. Applicants for the prize will also need to submit a brief letter of support from their adviser in the UK.
The prize will normally be allocated by consultation with all the Trustees in September of each year once all that year’s grantees have completed their placements. 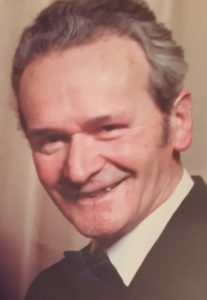 Voya Kondic was born in Bosnia on 25 August 1913, the son of an Orthodox priest. Orphaned at the age of 10, he had to coach younger pupils to earn the money to pay for his education. Eventually, he was able to go to Belgrade to study Engineering. He arrived in England in 1938, with a grant from the British Scholarship Trust for Yugoslavs, in order to carry out research in casting bronze ingots. At the outbreak of the war in 1939, he tried to return to Serbia to fight, but his ship was bombed and he was forced to abandon his journey. He was recommended for a lectureship at Birmingham University to specialise in a new field, to be called “foundry science”. This was the beginning of foundry education as a university discipline in The United Kingdom. Kondic was a great teacher, not only respected but regarded as a friend by all his students. He personally supervised up to 100 MSc and PhD candidates, some of whom remain in the academic world, while others took up influential posts in the casting industry.
Soon after he was himself established in British academic life, Kondic began to involve himself in the work of the British Scholarship Trust, which had helped him embark on his academic career. He continued to serve as treasurer, secretary and then chairman for over 40 years, finally retiring in 1996. In 1963, he received the highest civilian honour from President Tito for his work with the Trust and with the British-Yugoslav Society.

The contribution Kondic made to British academic life was marked by an International Seminar in October 1993, the year of his 80th birthday. He died in the autumn of 1997.
Voya Kondic fully understood the value of education and he worked tirelessly to try to ensure that as many young people as possible from all over his homeland of Yugoslavia should have the opportunity to expand their horizons and experience by spending some time studying in the United Kingdom. His selfless dedication to the Trust’s grantees, his warmth and kindness, combined with an insistence on the highest standards, have been an enduring inspiration to the Trust. The establishment of this Prize in his name is a tribute to his devotion and an acknowledgement of the standard he set us all.

"I would like to thank BST for awarding me a scholarship and making it possible for me to spend time at the University of Manchester. It was an amazing experience to live in the UK and work within a research group of such high quality as the one at the School of Electrical Engineering."

"As for the future, I can only hope to convey the legacy of the BST and Voya Kondic to my people and others as well, because only if we broaden our horizons and selflessly collaborate as a team we could make a change in both the scientific and world in general."